Meet Kat Woodley and her boyfriend, Jared Forsyth, after meeting on a blind date the pair soon hit it off and 2 years later Jared decided it was time to pop the big question.

Jared wanted to do something far from the ordinary and got to work planning his special proposal keeping in mind that both of them were huge animal lovers.

The couple decided to adopt a kitten so this was the perfect time for Jared to sneak in his pawfect proposal.

When Kat went to the Erie county SPCA to collect their new bundle of joy she was unaware that Jared was already there.
Jared asked Kat to read the kitten’s tag, she just assumed that the kittens new name was going to be on there when infact she read “Will You Marry Me?” and of course Kat said yes!

Watch the moment this special proposal was caught on camera.

As you can see Gandalf has settled in absolutely fine and he loves his older brother, Shamus. (Kat and Jared’s dog)

Dog
Buy on Amazon
SaleBestseller No. 2 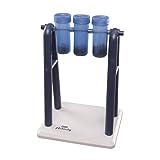