Giant Catfish are common in the South of Thailand so locals are used to seeing them swimming in the waters, but when they saw one in particular in a pond they knew that the giant river monster was in trouble and needed help.

Recent heavy rains had caused the area to flood so all the waters merged into one which is how the Catfish got stranded in the pond. The fish was a 26 year old Mekong giant Catfish who the locals know and they call him by the name of “the swamp king”.

The locals rushed into the water and managed to safely capture the 440 pound fish in a huge net and hoist him right onto the trailer of a motorbike. They transported him 2 miles down the road and while in transit rescuers poured water over his body so that he survived while he was out of the waters.

When they got to the water they released the fish back in and he swam happily away, in total the locals spent 6 hours rescuing the giant fish.

Mekong giant catfish are common in Southeast Asia and are well known for their huge size, they can weigh up to a whopping 500 pounds and can live more than 60 years.

The population of these fish has decreased by 80% in the past 14 years due to over fishing so they are now classed as critically endangered. 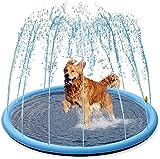 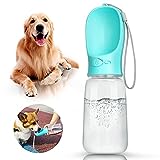