This is a delightful story that will hopefully encourage people to adopt rather than shop. 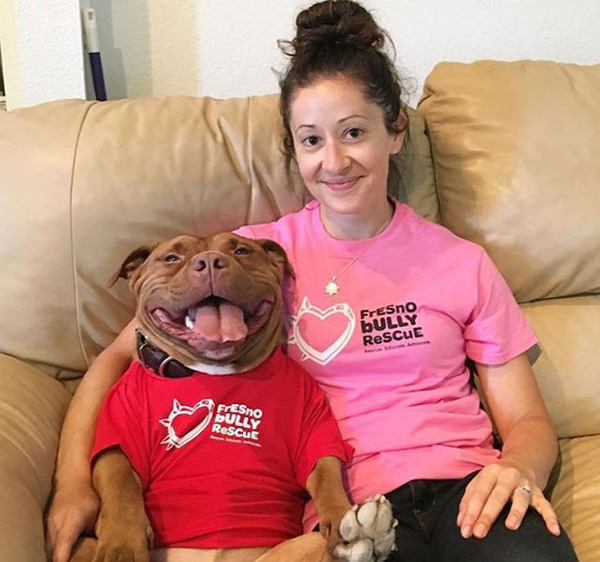 I saw Meaty’s photo on the Fresno Bully Rescue Facebook page and just got this feeling that he was “the one.” My senior bully had passed away 3 months prior and I had the exact same feeling when I adopted him at 10 years old, so I knew this dog was meant to be his predecessor. I took 3 weeks off to give Meaty time to adjust in his new home with us, but he got a severe case of kennel cough and didn’t come home until my last 3 days off work. 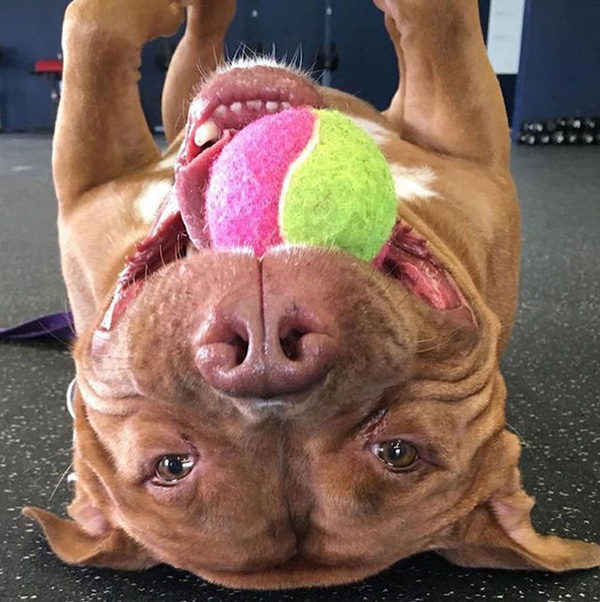 Everything went wrong: I woke up to a sea of chewed shoes; he barked and yodeled at me when he wasn’t fed on time; he chased our little dogs; and he would just lay down on walks, refusing to budge any further. I won’t even mention his snoring or excessive gas. Such a gem, he was.

Luckily for him, I had gone on my first date with a great guy just two days before picking Meaty up from Fresno Bully Rescue, who became responsible for carrying 65 pound Meaty home from his protestations on those first few walks. We quickly got him into training with a recommendation from our neighboring Petco. That fat little brown dog turned out to be quite the smarty pants and an agility star in a jelly roll body!

Thankfully, the boyfriend stayed around and is now my fiancé—though I think he’s only marrying me for Meaty—and he remained dedicated to working with Meaty. He now sits and waits for permission to eat, snuggles with our little dogs every night and knows lots of tricks! He’s still very farty and the two guys compete for loudest snore, but I can’t imagine our world without him! He’s mentored numerous foster dogs for us and is constantly changing opinions of his mixed bully breed.
We are so thankful for Fresno Bully Rescue and all they did for the chunk and our growing family!