In 2009, 43 year old Wilhelmina Morgan Callaghan from Ireland adopted a Yorkshire Terrier and named him Henry. After reading stories online about people marrying their pets she became inspired and decided to do the most bizarre and controversial act of marrying her dog.

Wilhelmina and Henry tied the knot via a website and her friend Rebecca Carter acted as a witness, a certificate was issued to approve their marriage. In the UK it is not legal to marry your pet, however Wilhelmina didn’t care. The ceremony was spiritual and for Wilhelmina the certificate represents a serious bond.

It isn’t legal to marry your pet in the United Kingdom, but Wilhelmina didn’t care. They had a spiritual ceremony and she takes their marriage certificate as a serious symbol of their love. “He’s been there more for me than any man,” Wilhelmina says.

Wilhelmina had been unsuccessful in love until she met Henry. Since their marriage things haven’t been easy for Wilhelmina, she lost her job and her house flooded but she claims that Henry has been so loyal and understanding throughout everything. They even have their own special song that when Wilhelmina sings, Henry runs over to her.
Although the pair receive criticism they are celebrating eight years together and hope for many more years to come. 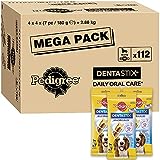 All Dogs Great and Small: What I’ve learned training...
Buy on Amazon